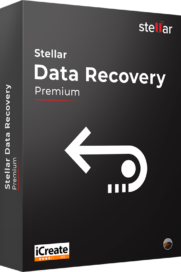 Hard drives, like any other device, are susceptible to all sorts of effects and damage. If this drive fails, the least that the user can expect is the loss of personal data, in case of bad sectors, or the complete loss of the disk due to such serious damage. The use of the hard drive recovery software comes really effective in this matter.

Let’s highlight the main reasons that are likely to lead HDD to an unfavourable end:

Lifetime: As expected, with age, the probability of device failure is getting higher. If your hard drive is working for more than 2 years, the chance of an unexpected failure increases exactly 2 times.

Temperature: A temperature issue has always been taken as the basis for the health of a disc. The more the device heats up – the less service life it will have. As a conclusion, if you want to keep the hard drive in the best possible condition, we recommend that you do not allow it to overheat and overcool – the temperature below 15 degrees Celsius is no less damaging than the opposite 70. 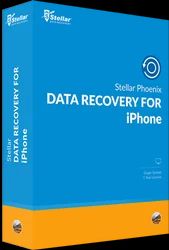 Surface Damage: This type of malfunction is the most common. The problem arises mainly due to careless handling of the disk, which can easily lead to the formation of bad sectors and damage to stored information.

Fortunately, the hard disk is the kind of hardware that is hard to miss. Errors are very diverse, but each of them indirectly hints at difficulties in the data processing.

Decreased PC performance: A symptom that feels good when trying to read all sorts of files. Of course, in some cases, the cause of this phenomenon may be a delay caused by the system load. However, if when you open any file or folder, there is a freeze, the window stops responding”, you should pay attention to the health of the hard disk.

File Access Time: In this case, users often encounter incredibly slow processing times. For example, a desktop folder can open for half an hour, and emptying the basket will take at least half a day.

Blue screen of death (BSOD): No matter how it sounds, however, the emergence of a blue screen of death is one of the most optimistic scenarios for us. In this case, you can install the system on another hard disk and restore all non-system files from the old one.

The disk is not formatted: Such an error usually occurs due to damage to the device sectors. It can be triggered by a virus, incorrect computer restart, sudden loss of electricity supply or its jump, software partitioning of disks and incorrect software update.

A permanent reboot of the computer: The cause of this symptom is damage to the boot sector. It may be caused by a virus or is a result of physical damage to the disk.

The periodic disappearance of files: We all love magic tricks, but not when they happen to us. If you notice the disappearance of personal files and you are sure that you didn’t delete them, this phenomenon can become a significant bell that indicates the deterioration of the HDD condition.